Emma Donoghue, whose screenplay of her bestselling book Room earned her an Oscar nomination, draws upon Co Kerry's Skellig Islands for inspiration in her haunting new novel, Haven. Jenny Lee finds out more from the Canada-based Dubliner 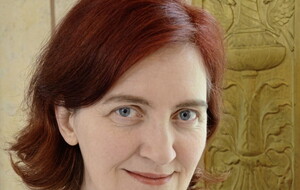 EMMA Donoghue has already had a significant impact on the world of literature and film, as a Man Booker Prize finalist and Oscar nominee for Room.

She has co-written the screenplay for the film of her 2016 novel The Wonder, starring Florence Pugh and coming to Netflix later this year.

Her latest novel, Haven, has her trademark world-building and psychological intensity, but is set in a very different era.

In 7th century Ireland, a scholar and priest called Artt has a dream telling him to leave the sinful world behind.

Taking two monks - young Trian and old Cormac - he rows down the River Shannon in search of an isolated spot on which to found a monastery.

Drifting out into the Atlantic, the three men find an impossibly steep, bare island inhabited by tens of thousands of birds, and claim it for God...

HOW WOULD YOU SUM UP HAVEN?

A strange adventure story about three monks trying to get away from the world who found a monastery on an isolated island.

YOU DELVED BACK 100 YEARS IN YOUR RESEARCH FOR THE PULL OF THE STARS; DID YOU ENJOY RESEARCHING ANCIENT IRELAND FOR HAVEN?

I loved it. It was the farthest back in time and the strangest setting I've ever written about. I had to cut out references to anything my Irish monks of the 7th century wouldn't have known from experience, including towns and money.

WHAT WAS IT ABOUT YOUR FIRST BOAT TRIP AROUND THE SKELLIGS ON THE KERRY COAST IN JULY 2016 THAT SPARKED YOUR IMAGINATION FOR THIS NOVEL?

The beautiful, harsh landscape, and the information that a community somehow survived there for about five centuries.

COVID MEANT YOU WERE UNABLE TO LAND ON SKELLIG MICHAEL - DO YOU STILL PLAN TO VISIT THE ISLAND?

Absolutely - we have tickets for the whole family, it's just a matter of finding the right date.

THE ISLAND HAS BEEN A MAGNET FOR STAR WARS FANS SINCE IT WAS USED IN TWO OF THE MOVIES. ARE YOU A STAR WARS FAN YOURSELF?

Not a big one, but I've certainly seen Luke and his ‘ports' (puffins), and been delighted that this beautiful Irish island has won such fame worldwide.

THE STORY IS DESCRIBED AS ‘NOTHING LIKE YOU HAVE EVER WRITTEN BEFORE'. DO YOU AGREE OR CAN WE MAKE COMPARISONS WITH ROOM IN THAT THEY BOTH DEALT WITH ISOLATION AND SURVIVAL?

To me Haven actually has more in common with The Wonder, in that both are about religious extremism.

THE BOOK CAPTURES YOUR TRADEMARK PSYCHOLOGICAL INTENSITY - DO YOU PLAN THIS OUT OR DOES IT NATURALLY FLOW AS YOU WRITE?

I'm a very rational writer in that I do a huge amount of planning before I draft anything - I find if I understand who my characters are and what they're doing in a scene and why that scene is necessary to the story, it sets me free to really let rip in the scene.

WOULD YOU LIKE TO LIVE ON A DESERTED ISLAND YOURSELF OR TAKE PART IN A PROGRAMME SUCH AS BEAR GRYLLS' ISLAND?

Never. I was so grateful to all the historical recreationists whose articles and videos I used to answer my research questions about plucking birds, carving pipes, etc, because I have no wish to do any of that myself.

THE BOOK FOCUSES ON FANATICISM, OBEDIENCE AND FAITH. WHAT MESSAGE DOES IT GIVE THE MODERN WORLD?

I never write a novel with a simple message - that's what tweets are for. I see Haven as exploring both the beautiful and uplifting aspects of faith, and the potentially sinister ones.

IS RELIGION AND FAITH IMPORTANT TO YOU PERSONALLY?

Very much - it's always been central to how I make sense of the world.

YOU CO-WROTE THE SCREENPLAY FOR THE WONDER. HAVE YOU BEEN INVOLVED AT ALL WITH FILMING AND ARE YOU EXCITED TO SEE IT COME TO OUR SCREENS LATER THIS YEAR?

Yes, I was on set in Wicklow in August 2021 and it was so thrilling to see the scenes and people of my imagination being brought to such meticulous life by the whole team. I've seen the film and all I can say is, it's a stunner.

ARE THERE PLANS FOR ANY MORE OF YOUR NOVELS TO BE ADAPTED FOR SCREEN? DO YOU CONSIDER THIS POSSIBILITY AND THE VISUAL ASPECT OF YOUR BOOKS WHEN YOU WERE WRITING THEM?

Yes, I'm in development on a couple of others. But I try to shove such thoughts away when writing fiction, because a novel is a novel, not a blueprint for something else. I love the psychological immersion fiction can offer - the reader's access to the constant, bubbling stream of the characters' thoughts.

WHAT ARE YOU WORKING ON NEXT?

I'm doing edits on my next novel and starting to draft the one after that. I've never taken breaks from writing except to give birth - I enjoy it too much to stop.

:: Haven is published by Picador HB and is out now.