Mick Rock: Shooting the 70s and the Life and Times of Ziggy Stardust

Legendary photographer Mick Rock had a deep connection with a galaxy of musicians including Rory Gallagher and Phil Lynott, but is probably best known for his collaborations with David Bowie. A new anniversary edition of Moonage Daydream: The Life and Times of Ziggy Stardust is an electrifying tribute to their work together, says Richard Purden, who interviewed Rock before his death last November.

KNOWN as 'The Man Who Shot the 70s', legendary photographer Mick Rock played an essential role in framing David Bowie when the music star was still an unknown.

To celebrate the 50th anniversary of Ziggy Stardust and The Spiders from Mars, Genesis publications have released a new edition of Rock's photobook Moonage Daydream: The Life and Times of Ziggy Stardust.

First released 20 years ago, the much sought-after book was originally published as a limited edition co-signed by Bowie and Rock. With Bowie's death in January 2016 and Rock's passing last November, Moonage Daydream is now something of a tribute to their electrifying work together.

This new uncut release, with contributions from Bowie, includes 600 pictures shot by Rock during what was essentially 18 months.

Mick Rock was himself a larger-than-life presence even in a room full of modern-day rock stars. As he once put it to me, "Pete Doherty is very small potatoes" amid the "archdeacons of chemical excess".

Rock was an enchanting blend of Cambridge dandy (having studied there) and London lad. He had already shot album sleeves for Syd Barrett's The Madcap Laughs and Rory Gallagher's Deuce by the time he met Bowie.

"I did the Rory Gallagher cover in '71, his death was tragic. I also worked with Phil Lynott from about '72 to '78. I loved Phil, that was also tragic because he really did have everything it took to make it – he was flashy, like Hendrix but taller," he told me.

Rock would also shoot album covers for Queen during the 70s and more recently snapped the sleeve for Plastic Hearts by Miley Cyrus in 2020.

"A lot of people think I did the Ziggy cover, but that was shot about a week before I showed up. As you can see from the book, David looked pretty wild to an audience in 1972.

"It became more sophisticated after he came back from Japan with all these clothes by Kansai Yamamoto. Also when he brought in Pierre La Roche to do his make-up for 50 quid, but David was pretty good at doing his own make-up."

Just as Bowie was "getting into his stride", as Rock suggests, he invited Lou Reed and Iggy Pop over to London. Just days after Bowie had appeared on Top of The Pops performing Starman, broadcast on July 6 1972, the photographer would snap the art-rock triumvirate of Bowie, Iggy and Lou together at London's Dorchester.

"I hustled that shot together," explained Rock, "there was a little hype for David, but Lou and Iggy were very much underground characters.

"Lou hadn't released Transformer yet and you couldn't give away the first two Stooges albums, they couldn't get a deal anywhere.

"They came over that summer to work with David, play some gigs and then finally they got a deal."

Just days after the Dorchester picture, Rock was once again on hand to capture two of the most iconic album sleeves of the 1970s, Transformer and Raw Power, when taking pictures of Reed on July 14 1972 and Iggy the following night.

"It was by instinct, intuition and good luck," he said.

"I would just want to be there and I had access because I was David's friend. Both are performance pictures but because they are so iconic you don't think of them as being live photos.

"For me, they are a pair, taken a day apart at the same location which was a cinema that transformed into a rock n' roll venue on the weekend."

Could Bowie have packed more into July 1972? Rock recalled Mott the Hoople releasing the Bowie-penned theme that summed up the era.

"I was there the night David wrote All The Young Dudes, which was kind of the soundtrack to the movement. I remember him playing it to [Mott bassist] Pete Overend Watts and him being very enthused about it, which stopped Mott from splitting up.

"Everything happened in a short period – the launch of Ziggy, Iggy and Lou coming over, the Mott single – a lot was going on that summer."

Bowie would soon have his first crack at America under the guidance of manager Tony Defries.

"I was just a pawn in the game. Tony's mantra was, 'Treat David like a star and he will become one'. Others tried and it never worked, but of course Bowie had the talent.

"By September, David was traipsing around with bodyguards [Tony Frost and Stuey George], although outside of New York, in the pockets like Detroit, Cleveland and Philadelphia, people didn't know who the hell he was.

"You'd need to drag people off the street to mob him – but very soon he did need them."

Rock was there to shoot almost every moment, missing only Ziggy's development in Japan and some long-distance journeys.

Moonage Daydream captures Bowie's star in the ascendancy; what makes it so compelling is the tangible sense of the illusion morphing into reality.

As Rock points out it was the American rock critic Lester Bangs who suggested Bowie's first Ziggy promo was "the very moment the modern idea of a video was born".

Rock produced a notable string of them, including John, I'm Only Dancing, The Jean Genie and Space Oddity before the end of 1972, as well as Life On Mars the following summer.

Once again it was providence that Rock was on hand to capture Bowie on film during the period, and there would be a dearth of footage until Be My Wife in 1977.

"David would say: 'We're going to America next week, we need a promo... three hundred quid; can you pull it? I'd be like, 'Well, I'll have a crack'.

"We'd shoot before soundcheck, there was no playback machine, it was so primitive and didn't cost much because Bowie didn't have much. I was willing to do whatever in the circumstances and I wasn't looking for anything.

"I remember David asking me to put the video for Space Oddity together the night before we were about to travel back to England by boat [in December 1972]. We shot that at the RCA Studio in New York."

With substantial commentary from Bowie himself throughout, Moonage Daydream remains the closest fans will get to an official biography.

"David was always one of the most straightforward people to deal with," said Rock.

"He had his mad period – I mean, we all had them, I certainly did a little later hanging out with the likes of Lou Reed and Iggy Pop.

"David probably didn't quite scale the heights of a Lou or Iggy. He was essentially a very clear-headed person who knew what he liked and what he wanted, with him there was no humming and hawing.

"He was the opposite of someone like Syd Barrett. I knew him before Pink Floyd got off the ground and I got to know him after Floyd: he was in a perpetual state of indecision, he got caught in a moment he couldn't get out of, as the U2 song goes. He was psychologically trapped – I can't think of any time like that with David."

Moonage Daydream: The Life and Times of Ziggy Stardust (Anniversary Edition) by David Bowie with photographs by Mick Rock is out now, priced at £50. BowieBook.com 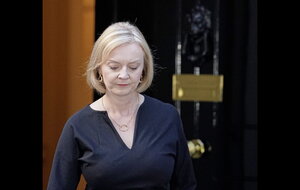 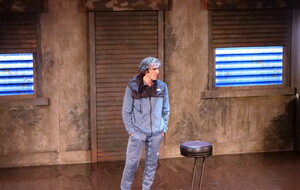