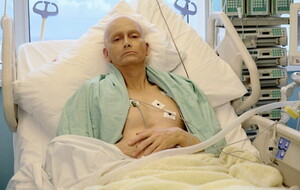 WORKAHOLIC police detective Hae-joon (Park Hae-il) fixates on the case of a rock climber (Yoo Seung-mok), who supposedly tumbled to his death after a leisurely Monday morning ascent.

Blood spatter indicates the victim hit the rock face multiple times as he fell and Hae-joon becomes convinced that he is investigating foul play.

The dead man's younger wife Seo-rae (Tang Wei), who works as a carer for the elderly, is interviewed and the usually implacable Hae-joon develops an obsession with his prime suspect.

"From the start, I knew we were of the same breed," he quietly confides to Seo-rae.

She fuels the flames of Hae-joon's infatuation, jeopardising the integrity of the case and his marriage to health-conscious wife Jung-an (Lee Jung-hyun).

Decision To Leave is a slow-burning police thriller that drains patience with its protracted murder mystery set-up but the rewards are abundant as South Korean director Park Chan-wook steadily turns the thumbscrews on his protagonists.

There are flashes of his trademark on-screen violence but greater damage is inflicted on characters' psyches as Park puts his distinctive spin on an erotically charged game of cat and mouse a la Basic Instinct.

Hae-il and Wei are a powerhouse pairing, the latter embodying a heroine who slinks in a morally grey area between victim and femme fatale.

Heat between the leads is palpable as the script toys with noir genre tropes and lulls us into a false sense of familiarity in a slow-paced first hour before plot machinations kick in with force, steeped in tragedy and regret.

FOR its second week of exclusive new dramas, ITVX will premiere all four episodes of a dramatisation of the fatal poisoning of former Russian spy Alexander Litvinenko in November 2006.

Flanked by his wife Marina (Margarita Levieva), the former KGB officer claims he is dying from a lethal dose of a radioactive substance and points the finger of blame at Russian President Vladimir Putin.

As the terrifying facts of the case are confirmed, Deputy Assistant Commissioner Peter Clarke (Daniel Ryan), Head of the Metropolitan Police Service Anti-Terrorist Branch, and DS Clive Timmons (Mark Bonnar) bolster the police response to "a chemical attack on the United Kingdom".

Litvinenko's death catalyses an exhaustive 10-year quest for justice in Britain and Russia.