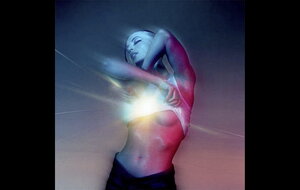 Fletcher - Girl Of My Dreams

MARCUS Mumford's first solo album outside of his long-time band, Mumford & Sons, explores the feelings of guilt and hopelessness he has experienced over the years.

It's a tough listen, but there is also release, and sincere artistry that tends towards a stripped back take on classic American heartlands rock.

Mumford for the most part adheres to the quiet-then-loud format of song writing – a near guarantee of emotional heft. But he needn't. These songs, which range from the plaintive Only Child to the freewheeling Better Off High, come with their own power.

They are solid pieces of song writing delivered with deep feeling, and bolstered with the help of female collaborators like Brandi Carlile and Phoebe Bridgers.

Mumford & Songs have their fair share of naysayers, who find the public schooled group's 'Hedgefund Wurzels'-style predilection for peasant drag, banjos and tweeness to be entirely emetic.

However, Self-Titled should please long-time fans.

FORTY-FIVE years on, Pink Floyd's Animals remains one of their most highly regarded albums.

Its influential sound is matched by the evocative cover art, featuring the band's now ubiquitous inflatable pig, Algie, floating over Battersea Power Station. This new edition is finally being released after a four-year delay prompted by a disagreement between Roger Waters and David Gilmour over the liner notes.

It sees the five tracks available for the first time on 5.1 surround sound, while a revised album cover now finds Algie floating above the London landmark as it is swamped by cranes amid its recent transformation into expensive residential flats.

Animals focused on the decay of British society in the late 1970s and is regarded as one of their most political statements.

Indeed, with the current cost-of-living crisis it may find resonance with new listeners today.

FLETCHER – GIRL OF MY DREAMS

GIRL Of My Dreams is former X Factor US contestant Cari Fletcher's debut album, and one of the most intriguing, sexy and emotive you could hope for.

Having made a name for herself over the past couple of years as an advocate for lesbian visibility, this album is a more refined version of her EP The (S)ex Tapes. Becky's So Hot became an instant hit on social media, and a vengeful break-up song like this is set for inevitable success following last year's release of Olivia Rodrigo's Sour, which brought similar energy.

As this album takes you through every emotion of a significant break-up, Sting, Her Body Is Bible and Better Version are Top 10-worthy tunes.

Fletcher is controlling the dialogue around her career, her relationships and her personal life, and she is doing it with passion and vigour – a debut like no other.

ALEX G – GOD SAVE THE ANIMALS

ALEXANDER Giannascoli uses layered synths and beats to construct these 13 tracks, deploying the occasional Autotune to stand apart from the singer-songwriter herd.

"After all people come and people go away," opening track After All begins, "yeah but God with me he stayed" and Miracles and S.D.O.S. also address ideas of religion and faith.

Giannascoli's voice is often low in the mix, but in Cross The Sea it is pitched down and husky, and reduced to an ominous whisper in the synth-heavy Blessing.

The album is the 29-year-old Pennsylvania artist's first to be made using professional recording studios, achieving a more polished sound. Forgive is radio-friendly rock, while Giannascoli's clear vocals on the country-tinged acoustic ballad Miracles are a world away from the mumblecore which made his name.