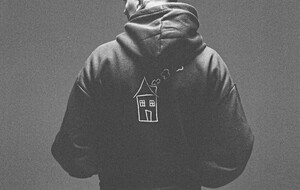 HOT Chip will forever be linked to the glorious Over And Over – one of the catchiest tunes of all time.

Freakout/Release, their eighth album, takes a similar approach and taps into the power of hooky music.

But instead of hopeful and gleeful lyrics the band have taken a more melancholy turn, although this is still 80s synthpop at its very best (think upbeat Depeche Mode).

The title song growls with a dirty bassline but there is a desperation between the funky beats.

Down channels 70s funk and you can feel a sense of hope riding above the dark depression.

It's a clever piece of art, balancing the darkness with just enough light and pop melodies.

Freakout/Release is a delight without a single track of filler.

TWENTY-two-year-old Manchester rapper Aitch has already made his mark on British hip hop. His debut album, Close To Home, shows what he is capable of with a brilliant flow and bars that are cheeky, fun and at times contemplative and personal.

As its title suggests, the record reflects his upbringing and how his fame and fortune has changed his relationship with his hometown, family and friends.

Cuts like The Palm bring the naughtiness fans know and love, while opener Belgrave Road is far more introspective, showing a different side to the rapper.

Features from AJ Tracey and more bring some extra flavour, but unfortunately for Aitch, Ed Sheeran's feature on My G is tonally inappropriate and cringeworthy, bringing down an otherwise decent track.

Overall, though, Close To Home is a great debut. If this album is anything to go by, there's a lot more to look forward to.

THE title of Lauran Hibberd's debut full-length offering perfectly encapsulates the imperfections and rough edges of this long-awaited rock record.

It's a pacey affair, with its 12 tracks demanding the bass be turned up to full.

As introductions go, Rollercoaster steams in with more force than its namesake, pairing lo-fi production with rebellious pop-infused sensibilities.

Meanwhile, the title track and Simmering Down shake things up courtesy of their deliciously dialled-down tempos.

A self-declared dose of "nostalgia", the infectious hooks and driving rhythm of standout track That Was A Joke segue into the fervent revival of Noughties grunge-pop – think early Avril Lavigne with a sprinkling of Joan Jett for good measure.

If ever there was a time to deliver a garage band revival, that time is surely now.

The 71-year-old had a complicated childhood and Ride addresses it in detail.

Hey Mama sees him reflecting on his mother's failure to protect him from his abusive step-father over cascading guitar licks full of drama, while the title track recalls the freight that would pass his home prompting thoughts of escape.

Trout is close to royalty on the contemporary blues circuit – he has played with pioneers John Lee Hooker and Big Mama Thornton and was a member of John Mayall's Bluesbreakers in the 1980s – and Ride sees him embracing the genre's breadth.

This is made all the more poignant by the fact he nearly died eight years ago from cirrhosis of the liver, and has had to build himself back up to match fitness.

Ride is full of catharsis, a satisfying listen packed with important lessons and thrilling sounds.