Ahead of her concert at the Open House Festival in Bangor next weekend, folktronica singer-songwriter Beth Orton talks to Richard Purden about Weather Alive – her first new album in six years... 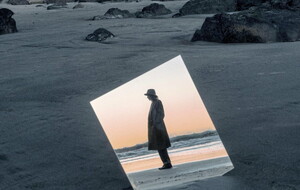 WHEN asking a musician if their new album was written during lockdown it often transpires, even if the lyrics might suggest otherwise, the answer is "No".

That's not the case with Beth Orton's new album, Weather Alive, released next month after five years in the making.

The Norfolk-born singer-songwriter, who plays Bangor's Open House Festival next Sunday, first came to prominence with Trailer Park (1996) and Central Reservation (1999). She suggests an uncomplicated approach towards songwriting first began on those early records with just an acoustic guitar, and that she has now returned to simpler methodology after finding "a beaten up old piano" in Camden Market, now installed in a shed at the bottom of her garden.

"I found myself simplifying, I would play a note which would evoke other nuances, there was a beautiful resonance. It had an organic beginning and at the time I didn't have a record deal, I was living in London and the kids had started school again."

Weather Alive's title track is an immediately arresting and textured sound which is in stark contrast to the more electronic sound of her previous album Kidsticks (2016).

"This record was born of isolation," explains Orton. "I wasn't interested in bringing other musicians in. I have relied on collaboration in the past, I went into this wondering what I could conjure on my own."

Her track Unwritten, which closes the album, was a starting point during the uncertain period of lockdown. Seasoned jazz drummer Tom Skinner, who currently plays with Radiohead's side project The Smile, was the first musician invited to work on the album.

"I'm very particular about that song, that's where the whole thing started. Tom then brought in Tom Herbert on bass and that's how it became more of a band record," she says.

Orton assembled a fascinating array of musicians; among them was Alabaster dePlume (Angus Fairbairn) on sax. Orton had been enjoying his expressive instrumental work and sent him an invitation to play on the record.

"It was like a palette of colours and it started to flow, I had been listening to his record To Cy & Lee (Instrumentals Vol1) that he did in 2020 and I just fell in love with it, it's incredible," says Orton.

"I had this wonderful period of three months sculpting the record and what had been brought to it. This record is like the weather, it began to take on a life of its own."

Perhaps one of the most evocative tracks is Arms Around A Memory, featuring a nod to both New York and Johnny Thunders.

"He played sax through the track and I said 'what about playing just at the end, like in a New York subway when you hear the sax' – it's the most New York sound you can get. The Johnny Thunders song, You Can't Put Your Arms Around A Memory, was a song I very much grew up with as a kid. It was the song my brother played when my mum died".

Orton tragically lost both her parents when she was still just a teenager.

"The song imparted the message, I guess: all my life, I learned everything through song, that's been my flex. The lyrics were very meaningful to me and are just so poignant. Arms Around A Memory was in some ways about having my daughter and kids and to not let go of life when it came to me and making a choice to embrace having a family under difficult circumstances".

Orton has enjoyed a successful string of collaborations that include William Orbit and The Chemical Brothers. It was while working on the album she heard about the loss of Andrew Weatherall and Hal Willner, producers who were widely recognised as mavericks in their field. Their loss was keenly felt by many in the music community.

Fractals on the new album was impacted by their passing. "Hal was such a one-off, we need people like him, those exceptional and eccentric people who love and inspire. Also with Andrew, our working relationship was really special, he allowed me to dig into my songs – selfishly, I would have liked to have continued working with him, and he was gone.

"I regret that I didn't, we could have gone very far. He went on to do some amazing work with other people."

It was back in 2002 that Orton worked with Ryan Adams; the pair co-wrote This One's Gonna Bruise which features on her Daybreaker album. The American singer-songwriter has since had allegations of sexual misconduct in 2019.

"I have specific feelings about what it means to be a woman in this industry and I do think things need to be called out. People take advantage of situations, songwriting is a perfect way to gaslight someone which is really hurtful."

"It's a bit of a nasty song. I was like, 'Really, that's not OK'. You can't say that; creating a whole story that didn't necessarily happen.

"It's complex, I don't want to demystify and I love the mystery around music, I don't think things should be literal because there is danger in unpicking everything, there is no art left if someone is going to do that – but to put someone's passport details in a song, to be that forensic, that's a tricky line to walk when it's not based in reality.

"I can't speak for Ryan, I don't see Ryan. The best moment I had was with This One's Gonna Bruise which happened in the first half-hour he walked in. He said: 'I've written a song, do you want to hear it?' That's what I loved about him, that enthusiasm.

"Someone like Hal never abused that, he would be that generous and leave it at that and that's important .That line needs to be drawn, we need to set standards."

Orton points to three key Scottish musicians whose impact on wider music is immeasurable. "I grew up with Dougie MacLean when I was 8 or 9, my mum's best friend married him, so his records and music in those early years were a big part of my childhood. He was also a big influence as a person.

"John Martyn was my next big influence, I'd not heard anything like that before. I just adored him, it's the directness, emotional honesty and the music which was kind of experimental, it had this soundscape, it wasn't straight-ahead acoustic."

The final key guide from this triumvirate of Scottish luminaries was Bert Jansch, who would invite Orton to appear on his memorable album Black Swan (2006).

"Bert gave me guitar lessons and suddenly I was playing with him on stage – that was my lesson."

:: Beth Orton plays the Walled Garden at the Open House Festival in Bangor on Sunday August 21. Tickets and info via openhousefestival.com. Weather Alive is released on September 23.