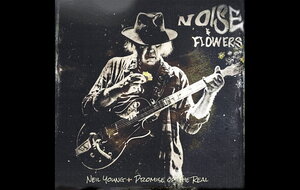 BEYONCE'S energetic, hedonistic new album does what it says on the tin: the pop superstar achieves rebirth by using dance floor-focused genres such as disco, Afrobeats and house while adding personal flair.

The 16-track offering is her first in six years and features samples from artists including Robin S, Donna Summers and Giorgio Moroder, plus production and writing credits from husband Jay-Z.

The result is an eclectic but extremely pleasing aural experience, with top bops including Cuff It, Summer Renaissance and single Break My Soul.

Tracks such as the funky Plastic Off The Sofa show off the singer's world-famous vocal chops, and Renaissance gets a little steamy in places too, with songs like Church featuring rather risque lyrics and earning the album its Parental Advisory sticker.

Renaissance is apparently a 'three-act' project recorded during lockdown – if Act 1 is anything to go by, there is still much to be excited about.

All 4 Nothing comes two years after his Top 10 debut, How I'm Feeling – don't expect a massive departure here. These 13 tracks glide effortlessly through glossy bubblegum pop, glitchy beats and sanitised trap, with few tracks reaching beyond the three-minute mark.

Still, his delivery is sharp and drenched in charisma. So, when he epitomises sad pop and sings "Yeah, 26 and I'm rich / How the hell did it come to this?", he does so with such intense authenticity that it's impossible to remain cynical.

NEIL YOUNG AND PROMISE OF THE REAL – NOISE AND FLOWERS

He kicks off with Buffalo Springfield's Mr Soul, Young playing up the central guitar riff based on the Rolling Stones' (I Can't Get No) Satisfaction.

Everyone Knows This Is Nowhere from his 1969 second studio album follows, while a burst of harmonica heralds the rapturously received Helpless, from Crosby, Stills, Nash & Young's Deja Vu.

Other highlights include an incendiary 10-minute Rockin' In The Free World, and Alabama, the song that ignited a feud with southern rockers Lynyrd Skynyrd.

Lesser-known tracks include a wonderful version of Winterlong and a rare electric version of On The Beach.

With Young still refusing to return to touring after the pandemic, this might be the last we hear from him. If we don't see him grace the stage again, remember him this way.

ALBUM opener I Hate Myself, I Want To Party sets the tone for Hold On Baby, the new album from 23-year-old King Princess, the follow-up to her 2019 debut Cheap Queen.

King Princess lets us delve into her mind and feel her emotions with descriptive and meaningful lyrics sung with a dulcet yet powerful voice.

Her songs deal with the personal struggles we face each day, that could easily be depressing. But by balancing soft guitar interludes with uplifting beats, the New York singer and songwriter creates a self-accepting mood rather than plunging into misery.

Lyrics such as, "And only I can bring me down / and keep me stuck at home" focus on self-reflection.

Across 11 tracks, the non-binary artist focuses on love, family and friendship, covering a wide range of topics everyone can relate to.