AS A hugely successful Star Wars director, you'd think JJ Abrams would have plenty of confidence in himself. But the New York-born film-maker (54) admits he is "always unsure about everything that I'm working on".

"When you're doing anything that feels like it's making you uncomfortable, intellectually, you think, 'Well, that's good; you're supposed to feel nervous, and not entirely moored' – and you never want to get too confident or cocky.

"On the other hand, it's unnerving feeling like, 'Oh, I'm not quite sure'. So I'm always trying to balance those two extremes."

Going into his latest role, as a producer on Apple TV+ Original, Lisey's Story, there was definitely apprehension – he was aware of how much the book means to iconic author Stephen King.

"He's been quoted as saying it's his favourite book that he wrote, and doing that right was really important to me, being such a fan of his and obviously a collaborator with him on other projects. I just wanted to make sure we nailed it."

So, you can imagine his relief when he found out that American writer King (73) wanted to write every episode of the eight-part limited series. Plus, they found the right director for the job – Chilean film-maker Pablo Larrain, who he calls "remarkable".

Meanwhile, Academy Award winner Julianne Moore leads the cast of the deeply personal thriller, playing Lisey Landon. Two years after the death of Lisey's husband Scott (Clive Owen), a famous novelist, we see a series of unsettling events unfold – and she is forced to face memories of her marriage that she has deliberately blocked from her mind.

What 60-year-old Moore – who's known for films such as Boogie Nights, Still Alice and The Hunger Games – loved about the story was "it's a depiction of a long-term relationship, a partnership – and you don't often find that in film, or in literature".

"A lot of the stories that we have – romantic stories about marriage – are about how you're going to find a partner," continues the star, who was born in North Carolina, and first became known for her role on the US soap opera As The World Turns.

"It's like, 'Where is that person? Where's my perfect mate?' and then the story culminates in a wedding, and that's it – happily ever after. And for any of us who have been in a relationship, we know that that's only the beginning, that really the story is the life that you build together, how you witness each other's accomplishments and day-to-day existence, and the world you share.

"Lisey's Story is really about this world that this couple shared, not just in their day-to-day life, but also in sort of a supernatural sense. I thought it was just a wonderful metaphor for what it means to be in a partnership, and I really was touched by it."

The shoot for Lisey's Story, which also stars Dane DeHaan, Joan Allen and Jennifer Jason Leigh, went on for "about six months", which Moore says is "an unusually long time".

How good was she at switching off after a day of delving into intensely spooky scenes?

"For me, when I have difficulty switching something off, that means that something was incomplete at work, or that there's a deficit somewhere – there's something that I have to worry about. And in this case, it was such a terrific experience, personally and creatively, that I didn't have any difficulty at all. I had so much support, there was so much infrastructure."

In 2017, King was quoted by Variety saying he would love Lisey's Story to be adapted "especially now that there's a kind of openness on the streaming services", and that there's "more freedom to do stuff now".

Asked for her thoughts on this, Moore suggests when you have a long, complicated narrative to tell, like in Lisey's Story, it is very helpful to have platforms like Apple TV+.

"I know that sometimes there have been novels that have been published and people think, 'Oh, my goodness, that would make a great movie', but then you're like, 'How do you adapt that? How do you make that fit within the two-hour format?'

"And now that we have these streaming services and the ability to play things out episodically, we do have much more time."

Abrams also echoes this, saying "the idea that you suddenly can tell a story at the size it demands, as opposed to the size that the format requires, is huge".

He must have his pick of projects – along with Star Wars, he's worked on Star Trek and hit TV show Lost. There are also reports that he is attached to an upcoming Superman reboot which will star a black actor in the lead role.

"I wish I could talk about it – it definitely is a bit early," he teases when asked about the rumours.

"But I look forward to when the time is right. And I will say that it's something that we're incredibly excited about."

He reflects on how, "as crazy and as awful as the last year or so has been", what with the Covid-19 pandemic, he has found a positive from it.

"Because production hasn't been up and running, the 'hit the deadline', 'make the air date', 'make the release date', 'just get this thing going at all costs' mentality had to be put on hold.

"And I always think that idea of, 'We have the release date, you have to make the thing' is sort of, by default – and there are exceptions – the enemy of quality.

"There are a few projects that we're working on that I really couldn't be more excited about, that I feel like, 'Oh, these are stories that actually want to be told' as opposed to, 'They're being told because there's been a decision that they need to be told'."

:: Lisey's Story episode one is available via Apple TV+ from today, with new episodes premiering every Friday 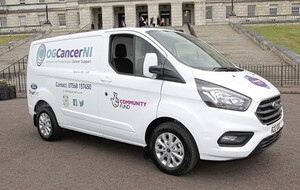 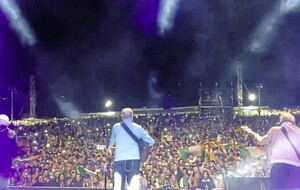