The latter treat proves trickiest for poor old Glass, whose violent extended mauling at the teeth and claws of a terrifyingly rendered CGI Kodiak is an impressive white knuckle set-piece in The Revenant's gritty survival tale.

Lest the film's credibility begin to creak once Mr Bear has rendered Glass a broken and barely concious human paté, note that Glass did indeed manage to survive a similar incident in real life which left him stranded hundreds of miles from the nearest settlement with a broken leg and severe back wounds.

Under the dramatic license of the director and his co writer Mark L Smith, the plucky outdoorsman's superhuman tenacity is powered by vengeful rage: having witnessed a tragic incident while powerless to intervene, Glass becomes possessed by a primal thirst for retribution against the perpetrator that somehow allows him to push through the pain of his near-mortal wounds.

Given the paucity of good luck on offer to cast members who weren't in Titanic throughout The Revenant's buttock-challenging two and a half hour duration, Glass's torturous, iron-willed, grunt-punctuated crawl and stumble through 200 miles of treacherous terrain towards his date with screenwritten destiny does feel a little absurd at times.

However, there are certainly many other movies not based on reality where the hero repeatedly gets an inplausible pass from death: and not many of them look as amazing as The Revenant.

It also helps that the cast really sink their teeth into the material at hand, particularly an almost unrecognisable Tom Hardy and indeed the authentically grimy and be-wiskered DiCaprio.

Film fans will lap up the many nods to previously seen tales of cinematic endurance throughout: Glass endures at least two nasty survival-based moments previously negotiated by John Rambo, while another sticky sub-zero encounter finds him cribbing from Han Solo's quick thinking in The Empire Strikes Back.

The Revenant is a pretty gripping, gruelling affair that will definitely play best on the big screen.

By the end of its climactic, horrendously brutal man-on-man confrontation, audiences will likely be left groggy, artificially chilled and swearing off the 'great outdoors' for life. 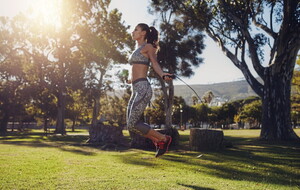